Michelangelo and the Reformation

Michelangelo's involvement with Reformation circles in Italy was public knowledge in his own lifetime. But recently scholars have begun to analyse Reformed influences in some of his most famous works, many of them commissioned by the papacy itself.

A movement for reform within the Roman Catholic church had been active in Italy from as early as 1485 when Savonarola began to preach in Florence. Some favoured only moral and administrative reform.  But others, like Savonarola, espoused the doctrine of salvation by grace, which they found in the writings of Augustine. Some of them later made contact with Luther and Calvin. The Italian Reformation, however, was always opposed to schism and worked for reconciliation between a reformed Catholic church and the Protestants. The movement flourished until the 1540s when the Inquisition was re-instituted in Italy and the Council of Trent decided to oppose the Reformation head-on.

Michelangelo was actively involved in a Reformation group in the mid-1530s, which held to the authority of the Bible over church doctrine. The group included leading churchmen such as Cardinals Contarini and Pole, as well as Vittoria Colonna, a woman of great social rank, literary reputation and moral character. She and Michelangelo became devoted friends, and their touching exchanges of letters and sonnets show the influence which Colonna had in helping Michelangelo to understand the significance of his own sin, his dependence on the grace of God to find forgiveness through the death of the Lord Jesus, and God's sovereignty even over humanity's notions of free will.

This lecture explores how elements of Reformation theology can be seen not only in Michelangelo’s poetry, but in the great works he carried out inside the Vatican – The Last Judgement in the Sistine Chapel, and the paired Conversion of Paul and Crucifixion of Peter in the Pauline Chapel. The lecture also looks at the famous Florentine Pietà, and the implications of Michelangelo’s depiction of himself as Nicodemus, helping to support the body of Christ. 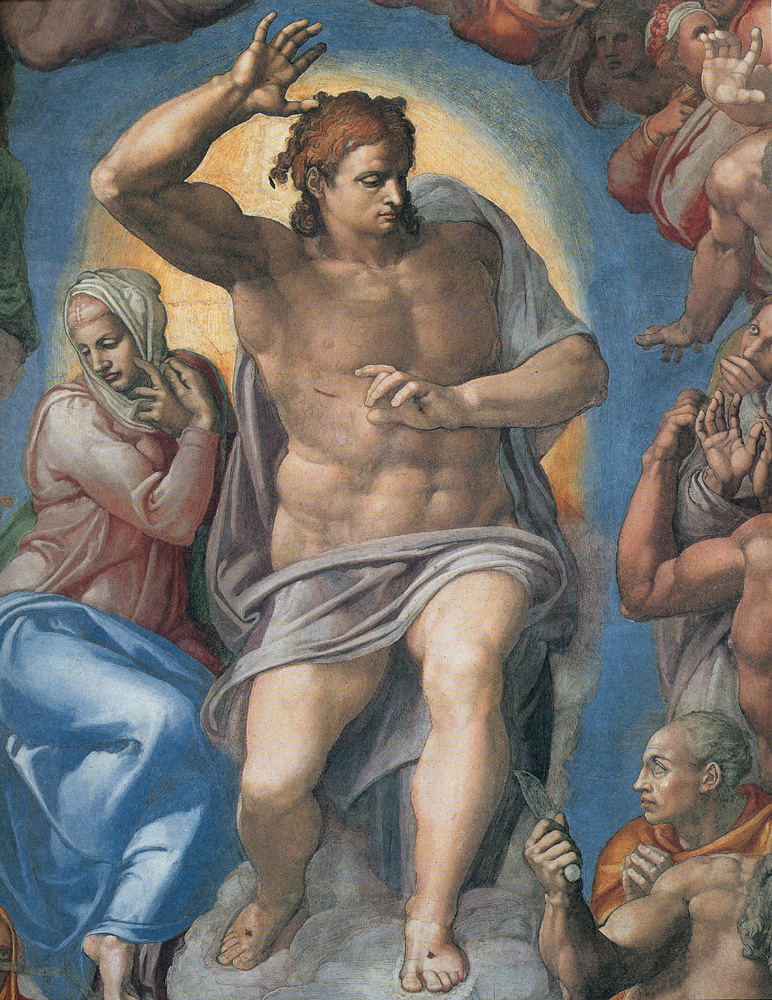